Back to the top

“It’s a fantastic example of what remixers can do when given good material… If you’re into remixes, Nadir’s Slave: The Remixtape is a tour-de-force of remixing.” – Synthtopia

Slave: The Remixtape is a feature-length collection of lurid tracks that covers just about every genre of club and radio fare from Hip-hop to Rock, House to Techno. Soul-Patrol.com sums it up like this:

“This is a very unusual album from one of the most innovative, creative and passionate artists on today’s music scene. In fact it’s not even really an album. It’s really a single.

“Remember the movie ‘Do The Right Thing’ by Spike Lee? Remember the ‘soundtrack’? It only consisted of one song; Public Enemy – ‘Fight the Power’. One song, true indeed, but it was a powerful song, containing a powerful message which fully embodied the message that Spike Lee wanted the viewer to take away from the movie.

“On Slave: The RemixTape, Nadir takes an equally powerful song called ‘Slave’ from his award winning album called Distorted Soul 2.0 and remixes it in every imaginable musical style except for country and classical just to make certain that no matter what type of music fan you are, or what demographic sector you are in, that you feel comfortable listening to the message of ‘Slave’.

“It’s a song with a message that everyone needs to hear. Make sure that you take the time to listen to it in whatever musical style suits you best and then be sure to pass it along to someone else in the musical style that suits them best.” 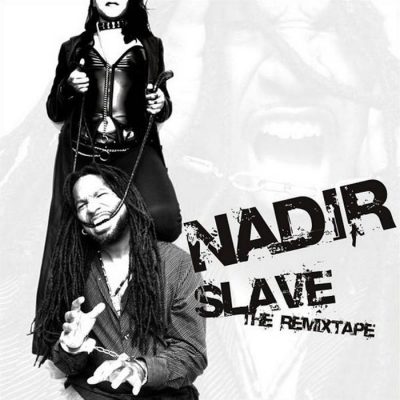